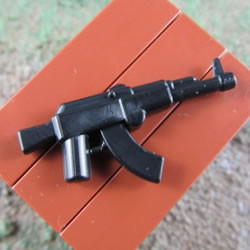 It was one of the first true assault rifles and remains the most widely used and known. More AK rifles and variants have been produced than any other assault rifle; production continues to this day.